Getting Rid of Mould safely – A case study 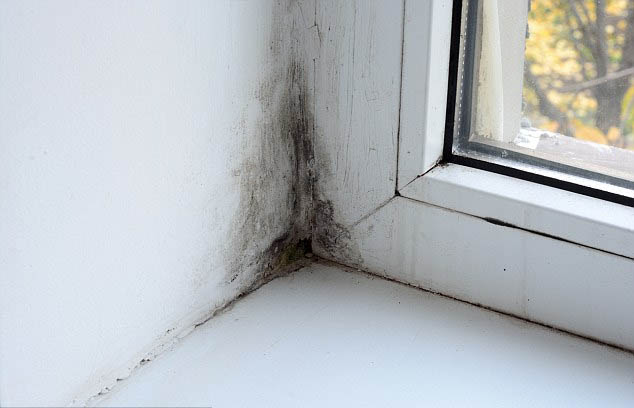 At Alarms4Life, we cover mainly the safety and security aspect of a home, but it’s also important, in our eyes, to include things like cleaning up mould in a home to keep it a safe living space, especially for the old and young who are most prone to infections and illnesses.

With that in mind, we wanted to create an article on how to treat mould issues in your home, whether it is somewhere you live or is rented out.

Mould Issues in our Rental Property

We had serious issues with mould in a couple of houses we’d been refurbishing for the past 2 to 3 years, but there was one in particular that was causing us undue stress.

Naturally, we couldn’t get hold of the initial building company we had used. They wouldn’t return our calls, despite us taking an amicable approach to get the root of the problem sorted. We then had one choice… to get even more quotes in and spend even more money!

Identifying the source of household mould

We recognised it would do nobody any favours by shouting and finger pointing, but the builders still didn’t play ball.

We then tried to get expert opinions from different contractors including joiners, roofers, plumbers and general builders. In the end, we went ahead with another(!) general builder with the hope he might be a lot more honest about our issues.

His solution was to fix the gutters out which, much to our surprise had the lead missing! When the heck did that happen? Could it have been the elusive set of builders who had decided to take them when they were on the job. 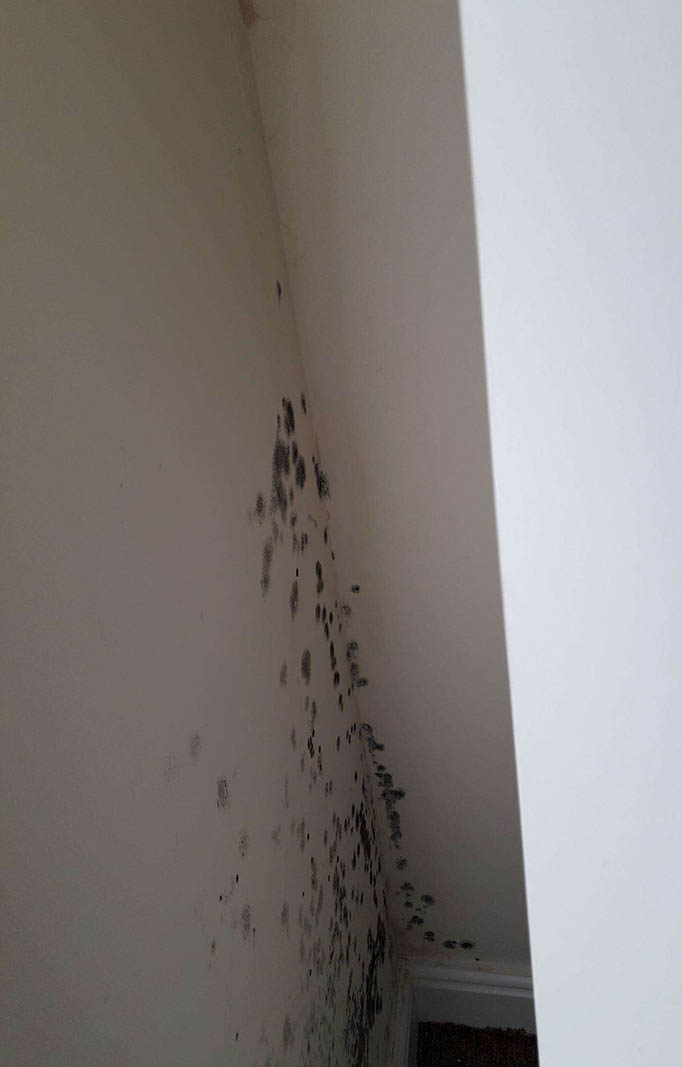 Water was entering the property from the front, but we were completely stupefied as to how it could enter the ground floor without much of a mark on the first floor bedroom wall. The staining on the pictures blow show this and you can clearly see the water stains. 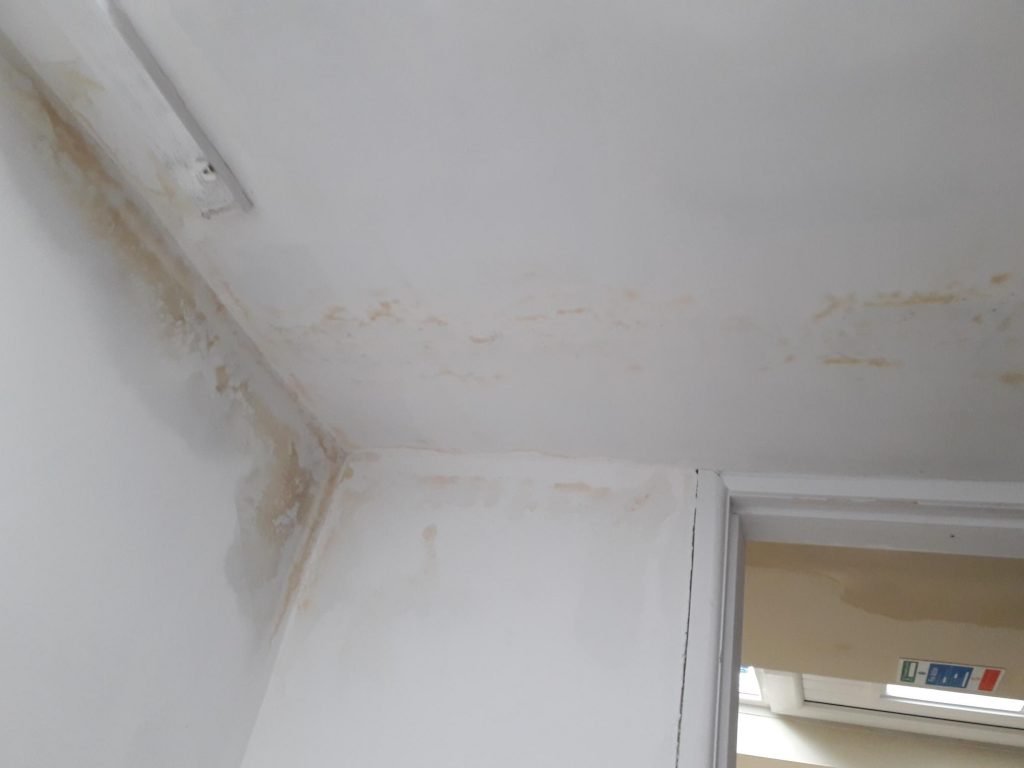 It was an expensive job in the end. Amounting to £922 including labour and materials, we had a new set of lead lined gutters to the front of the property.

Strangely, the price for the back was price at £520, despite the lengths being exactly the same. At the time we hadn’t proceeded with it yet as we were waiting for the front to dry, but we couldn’t work out why it was approximately 40% cheaper for the same length of lead guttering to the rear. 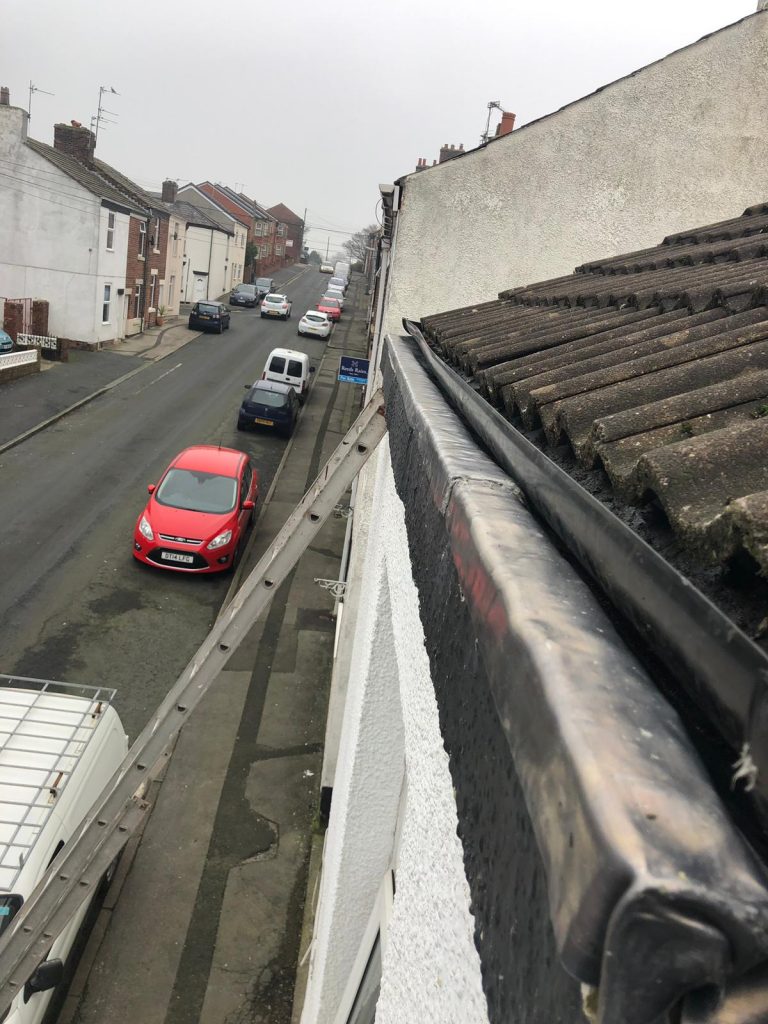 Renewed lead guttering from the downpipe 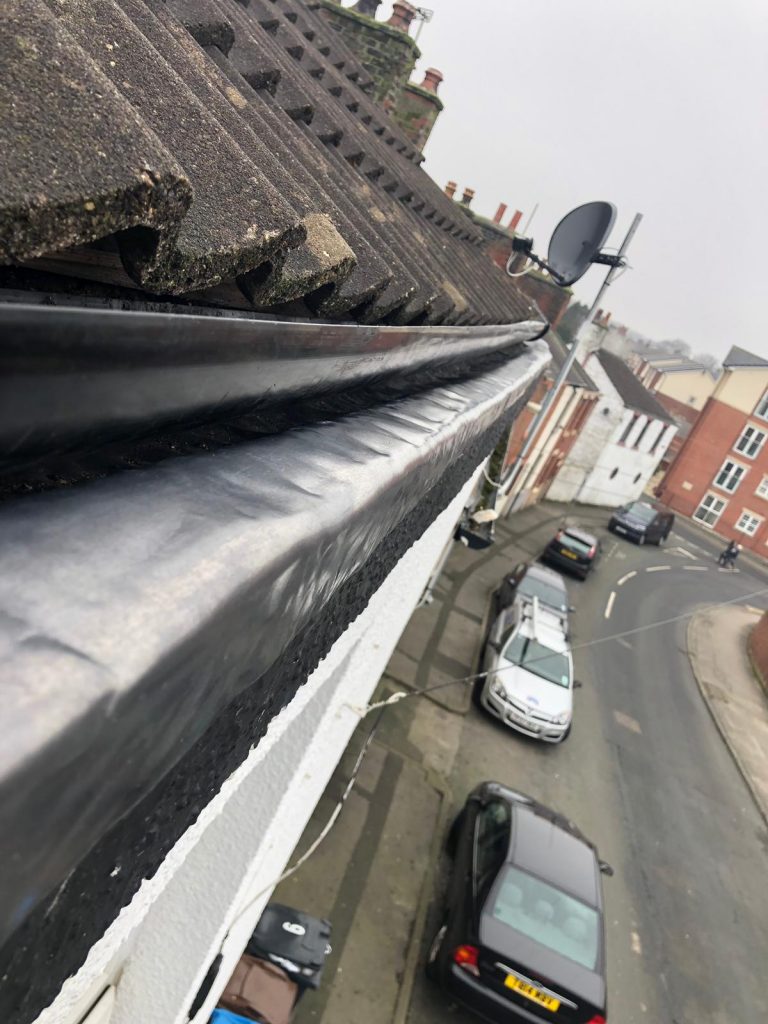 Same on the other side of the downpipe 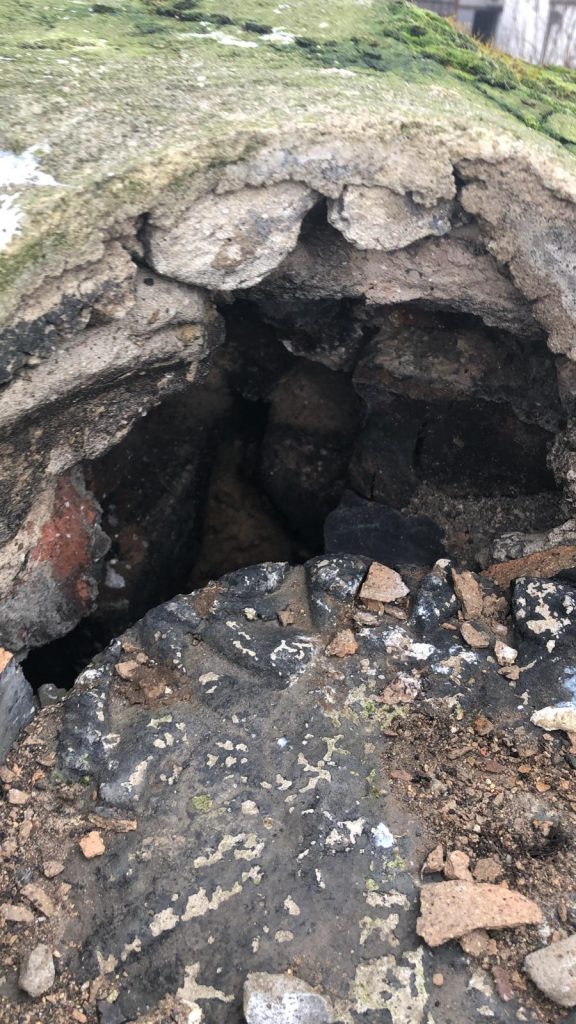 I was completely shocked when I received the a text message from the roofer with the image attached, showing a gaping hole where the chimney pot should have been.

Initially, it looks like an exposed manhole cover, but on closer inspection, you can see the jagged edges of where the chimney pot used to be.

Who in their right mind started this work and then just left it? Either the previous builder we used was completely negligent or he missed it when he was up on the roof.

Surely he wasn’t responsible for this, was he? It can’t be the case that he was malicious and caused this damage. We’d rather not entertain that idea, as it doesn’t sit very well in our mind.

The solution, in the interim and to stop any further water from getting in was to completely cement it in.

Fill in any holes with sand and cement and see how it progresses.

Surely this was the source of all the pain? OK, maybe the lead flashing helps to stop any water from getting in between crevasses and gaps, but this HUGE hole in the middle of the roof was probably the main culprit.

Now that we’d seen to the source, we still had the fun prospect of dealing with the mould and wet patches that were present in the house. Oh, the joy! 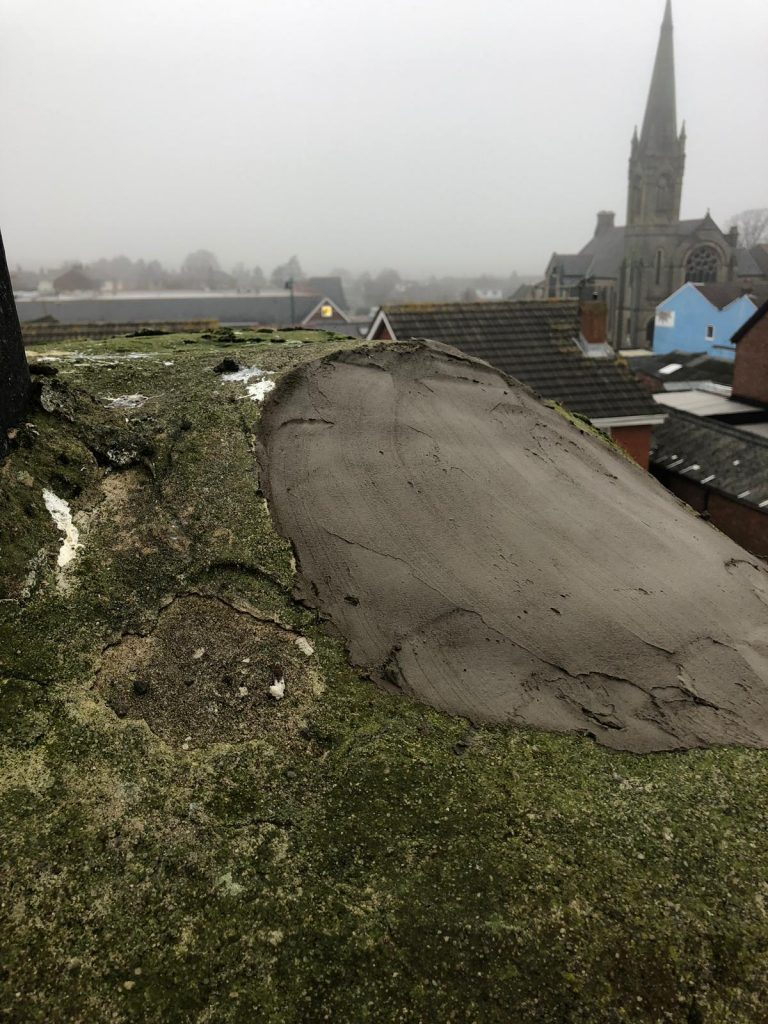 The roofer decided the best course was to cement it in.

The best treatment for mould is Glixtone Fungi Shield Paint

We’re just going to go straight to the point and say it. Without a shadow of a doubt, this is the best thing we have used in years and three weeks after applying it, there are no signs of mould or black spots appearing at all.

Yes, we’ve had a dehumidifier running in the background, but there is not a single black mould mark appearing. It really does do what is says on the tin.

The product is hard to come by and the best place to buy it from are listed below: 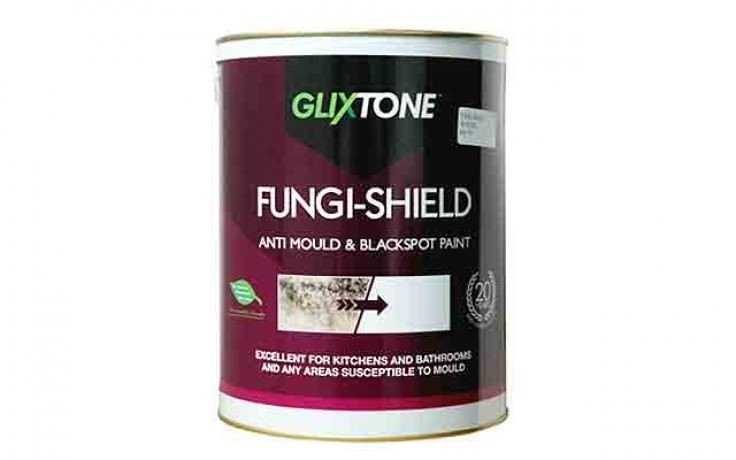 1. Wash down with a turpentine solution or sugar soap

This is the first thing you have to do before applying the paint. Using bleach is not a good idea.

Note: Keep windows open and ventilate the room when doing this. Make sure you have protective eye goggles, dust mask and disposable gloves.

You’ll need to let it dry naturally for an hour or so. Do not force it to dry by using a fan heater or anything similar.