We review this Masterlock padlock and in summary, it’s probably the best Bluetooth version available at time of writing.

I will be giving you my personal opinion on the Master Lock Exterior Bluetooth Padlock. Master Lock provides a very wide selection of padlocks and this is one of their newest editions. I should be in a very good position to review this particular product-I have brought two!

The best offer I could find online was over £115. A fair price and expected for this product under normal circumstances. As you are about to find out shortly, I find it hard to recommend this smart lock! 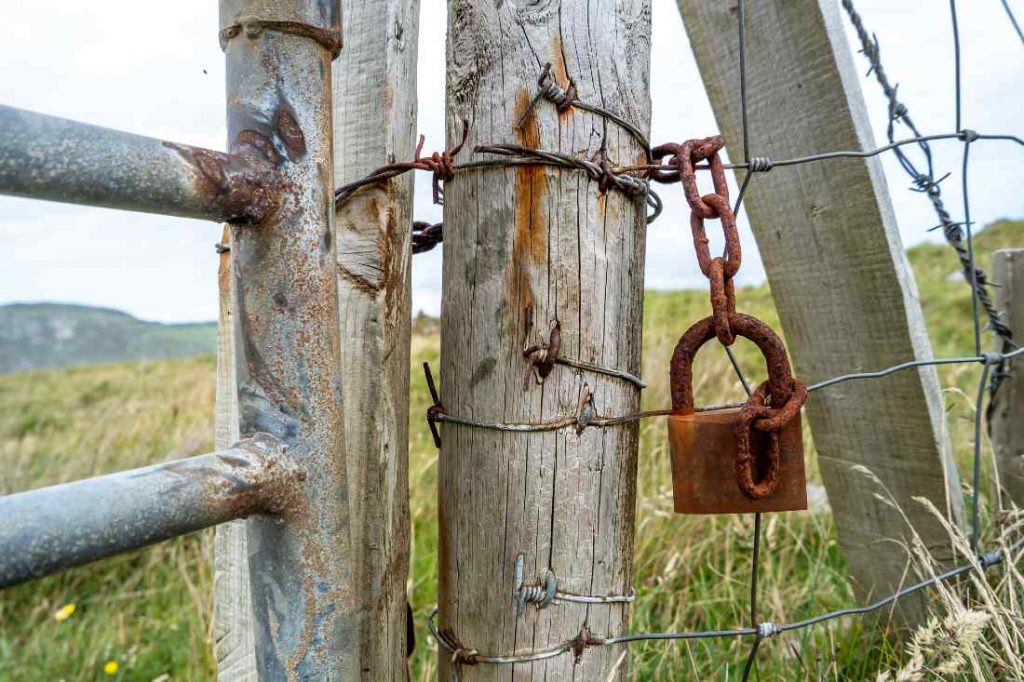 Yes, I have purchased it twice but it’s not because I liked the first one so much I needed another. Unfortunately, it’s because the first padlock was faulty.

On the first buy, the lock was of a high standard for its build quality. Its body is chunky and weighty and you would trust it to be able to keep a door locked, and for it to stay in place, no problem.

Yet, this lock had problems connecting via Bluetooth, meaning I could only use code. Not good as y wanted a Bluetooth capable smart padlock.

This meant I was not able to take advantage of the device’s Bluetooth capabilities. Might as well have been using a regular lock!

But that’s not all. Another issue was during the last winter. The Master Lock Bluetooth padlock froze and became unresponsive. In fairness, this was in a place where the temperature was below -0 but it gives you an idea about its performance.

Many of these kinds of padlocks will claim to be able to function in extreme temperatures. I also noted issues with the batteries consumed at a fast rate, again during colder times. Other countries where the weather does not get so cold may not face these issues, at least.

Having stated this about the cold weather issues, summertime was not problem-free, either! In fact, during summer I found I couldn’t open my padlock at all.

When I tried pressing the ‘wake up’ button, there was nothing, the lock was not opening! Now, this was getting tricky; I had to use tweezers to open the padlock!

This issue happened after only 10 uses-not something I can say I find impressive. Or something I would expect from a Master Lock product. Getting locked out of your lock is not a nice thing!

In my dealings with these products in the past, I usually find that they have decent quality. Maybe I got a dud item? Wonder if anyone else reported the same issues?

Unfortunately, it became clear, after trying to perceive with the lock that I was going to have to ask for a refund. it was a shame but it was not performing to an acceptable level. So I got a refund…and had another problematic padlock!

Now I am in a position to confirm that the above situation was not a case of me getting a one-off dud. The problems described before persisted once again. The app in particular struggles to make any communication with the padlock.

It makes for this device being a very difficult one to recommend. A crying shame because the padlock itself’s built very well.

I would also like to make a note about the customer service operating on behalf of this Master Lock product. My issues could have eased with some decent service, but weeks passed without a response. More points knocked off I’m afraid!

And is it only me who has experienced these issues with the padlock? I can confirm it is not. Judging by the items on the Amazon page, I am not alone in having frustrating experiences with this.

This is an unusual Master Lock review as usually, I’m singing the company’s praises. But not this time, for the product did not fail to live up to expectations once but twice. Off personal experiences, my advice would be to buy a Bluetooth outdoor padlock from a rival company.